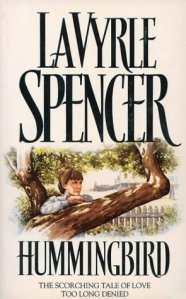 Stuart’s Junction, Colorado. The morning run from the Rocky Mountain Railway shows up very late, and with two injured men to boot – one of them allegedly attempted to rob the train and the other heroically saved the day. Doc needs someone to tend the two men, and since no one wants a dangerous criminal in their home the railroad’s going to have to pay for it, and Miss Abigail definitely could use the money. Miss Abigail lost her one chance at happiness at twenty when she committed to caring for her father and her fiance headed for greener pastures. In the following years Miss Abigail has set the tone for all things prim and proper in Stuart’s Junction.

“The woman had starch in everything to her bloomers to her backbone, and it was amusing trying to make it crackle.”

Mild mannered shoe salesman David Melcher is the man who *saved* the train and takes a bit of a shine to Miss Abigail, while meantime she’s locking horns with the more seriously wounded Jesse who bears all the physical traits of a notorious outlaw – tall, dark and handsome and looks pretty damn good with his shirt off.  David’s wound is less severe and he’s soon packed off to sell more shoes. Miss Abigail is left caring for bed-ridden Jesse until he’s well enough to be turned over to the railroad company for trial and let’s just say that sparks continue to fly,

“They eyed one another like two bighorns deciding whether to butt or back off.”

Will Jessie work his way into Miss Abigail’s heart? Or will the ever-so-dull David Melcher return to win her heart? Is David Melcher really the down home all around good guy he appears to be? Is Jesse really a black-hearted train robbing scoundrel, or is there more under the surface? Will her corset and bloomers stay forever laced? 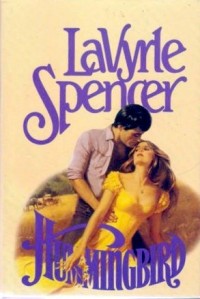 This was my first Lavyrle Spencer romance and won’t likely be my last. It was a quick and easy read and I had  a lot of fun watching Jesse and Abigail and their fiery mating dance, but I did find Jesse’s methods of courting Abigail a bit too heavy-handed at times. I don’t want to spoil by going into specifics, but it may be a turn off some readers – YMMV. The’s also some sex, and while tamer than what you can find in today’s romances does go into a bit more description and goes on for quite a few pages, so those readers who prefer their sex scenes taking place behind closed doors might want to prepare to skim a bit. 4/5 stars. 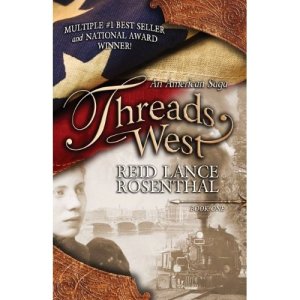 This is the first in a planned series of six book and billed as “An American Saga” and comes with a whopping 229 page count. 218 of those pages are story with the final ten being previews of book #2, Maps of Fate, coming out sometime later this year.

There is the slight possibility of minor spoilers in this review so consider yourself warned.

The first half of this book sets up the main characters, who for different reasons strike out for a new life in America. No matter what country or social background these folks have they all manage to end up on the same ship. Even more coincidental, no matter what their plans are for in America when they arrive they all seem to end up in St. Louis and sign on for the same wagon train. Oh, and they all get there just in time for about the last wagon train out of Dodge, get their wagons and supplies purchased in two days and no matter what their backgrounds seem to be expert at driving those wagons and handling the oxen just like a pro…

I’m a believer. Yes, there’s a lot more to it than that, but unfortunately a story idea with a lot of potential was ruined by poor execution. The alternating chapters of character set up went on way too long (100+ pages), and frankly by the time it was over I had forgotten much of what went on before – set this book down for a day or two at your own peril, as you may have to back-track for a refresher course. I’d have preferred seeing the book start when the action began, and then liberally sprinkle the story with the character’s back history.

Secondly, this book is too short and IMHO would have worked better as a trilogy of three big fat books instead of six slimmer editions, giving the reader more *meat* on the bones to convince them to continue. What this reader got was a plateful of unlikable characters and squicky male-fantasy sex that all ties into a mysterious map and a lost treasure of gold in Colorado’s San Juan Mountains. The book comes to a dead stop right when the wagon train is pulling out and the adventure prepares to begin.

Still not sure? I’ll just leave you a couple of quotes from the book, a book that according to the jacket reviewers and authors are comparing to “Lonesome Dove and Centennial”.

“Her voice resembled a happy wind chime in a light breeze.”

Note, our wind chime lady was speaking German. Not the most romantic language no matter how beautiful the woman who is speaking it 😉

“There’s was definitely something between my friend Reuben…”

“Jacob growled out a knowing laugh as he ripped the fabric of her blouse down to her waist. He cupped his entire hand around the flesh of her breast. Sarah felt is if this really was not her…She was an observer who simply watched from some strange man and woman. She felt faint…His fingertips inched below her waistband. She opened her mouth again to cry for help, but he reached over to the pitcher stand, grabbed one of the cloth napkins and shoved it roughly between her teeth…She gagged as one of Jacob’s thick fingers found her center. She felt a stab of pain as his fiber penetrated her…Her entire body trembled and her thighs shook…”

Ick ick ick. Although don’t forget we’re getting some romance as well as rape so after one of our main pairs has rapturous sex in the baggage car and after they’ve dressed you’ll be treated to stuff like this,

“Deep inside her belly, she could feel her body absorbing his seething explosion and her abdomen pulsed with currents of energy. She knew her face glowed and impassioned tears filmed her eyes. ‘I…I have never felt like this.'”

Not quite my idea of romance. I’ll pass on the rest of the series.

FTC? A win off of Librarything’s Early Reviewers program.

The story of one woman and the two brothers who loved her in Colorado’s Cloud City. What fun and darn near unputdownable! Paint the Wind begins as ten year old Fancy Deverell’s parents are murdered and their Louisiana plantation burned by marauding Yankee soldiers. Loyal slave Atticus saves Fancy from the destruction and with no other family left he takes Fancy along as they head west for a better life. After being on the road for a couple of years they meet up with a motley group of misfits in a circus run by Wes Jarvis and the spooky gypsy Magda. After several years on the road the circus disbands and Fancy and Atticus once again head west, but Atticus’s health fails them in the Mosquito Mountains of Colorado and Fancy is left on her own as a deadly snow storm hits and she takes a tumble down a mountain side…..

Meanwhile the story switches to that of brothers Chance and Hart McAllister who leave their Kansas home behind at the death of their parents and head west to Colorado where they meet gunman Ford Jameson and miner Bandana McBain. Bandana takes the boys in as partners digging for silver in the mountains surrounding Oro City (soon to be Leadville when the silver boom hits), and on the way home to their mountain cabin Chance spots a bit of red cloth and a banjo sticking out of the snow and a near-frozen Fancy is rescued in the nick of time. Fancy spends the winter snowbound with the boys and stays the summer working the mine with them, as both brothers fall in love with the beauteous Fancy — but she can only chose one — will it be the reckless, gambling, womanizing live on the seat of your pants Chance or the steadfast and faithful Hart?

Desperate not to come between the brothers and longing to establish herself as an actress Fancy leaves the boys and after a wild auction to raise money for her grub stake she heads for New York City. Once there, she struggles to support herself and her daughter, and eventually accepts an offer she can’t refuse from ruthless businessman Jason Madigan. Fancy’s travels finally bring her back to Leadville and the McAllister brothers, now rich from their silver mine, but she can only marry one of the two brothers and a heart broken Jason begins his plot to bankrupt the man who took Fancy from him.

Well that’s about all of the story I’m going to tell, there’s a whole lot more to Fancy’s tale in this 800 page paperback that kept me reading well into the wee hours. The story of Fancy and the McAllister brothers takes the reader through heartache, treachery, great wealth, financial disaster, and more until it finally culminates in a daring escape from a remote insane asylum in the Rocky Mountains along with a delightful sting worthy of Newman and Redford to catch the baddies who done Fancy wrong.

All in all a near perfect read and a jolly good yarn, my only quibbles are that I did find some of the secondary characters to be a bit stereotyped — the Madam with the heart of Gold, Ford the gunslinger, Wu the Chinaman, the circus folks — along with a few bits of language that didn’t quite seem to fit the period. If you’re willing to set those minor issues aside and want to sit back and lose yourself in the past with a big sprawling epic of soap opera proportions set in the old west, this is one book well worth looking in to. 4.5/5 stars.