“In that December of 1853 his reputation as one of the most valiant officers in the service of Queen Victoria was undeniable, but in the breasts of his fellows burnt the secret desire to see the regimental daredevil brought to his knees. In the breasts of the fair sex burnt the same desire, except that they wished him to be brought to only one knee-at their feet, declaring his unquenchable passionate devotion.” 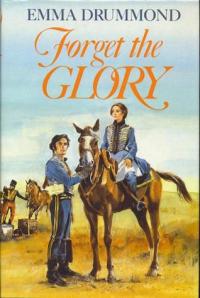 And that my friends, is Captain Rowan DeMayne, the hero of this story.  Having disgraced himself over an unsuitable female and cast out by his family Rowan joins the 43rd Light Dragoons in the backwaters of India where they see little action, although they can march quite prettily in their full dress uniforms. The other half of this story is that of Mary Clarke, born and raised in the barracks and doomed to spend her life as the wife of a foot soldier – and if he dies she must immediately marry another – and there is never a way out of that life. Or is there?

The 43rd is called to Crimea to the aid of the fallen Light Brigade and as they begin the long journey there Mary gets the opportunity to “get a leg up” in life when she’s offered the job of personal maid to Rowan’s   beautiful wife.  The 43rd makes an incredible journey as they travel across India, oversea to Egypt, then to Alexandria to set sail once again to reach the Crimea. 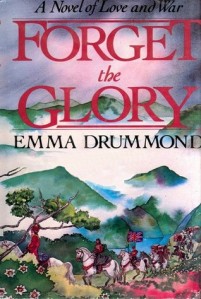 On the surface that might sound a tad bit boring, but trust me it’s not. Rowan carries some serious emotional baggage and Mary may be the only one who can heal them. Their verbal battles were a lot of fun to watch as the tension heated up between them. You’ll get to see the difficulties of moving a large troop of soldiers and their horses across land and sea – let alone how dangerous a ship full of terrified horses during a storm at sea can be. You will feel as parched and dirty as the soldiers did as they march across the barren desert, and heartbreak at the suffering of their fellow soldiers during the savage Russian winter. As for the final days before the seige of Sebastopol is finally over? Terrifying.

“What had it all been for, they asked themselves. Why had thousands died by sword, sickness and extremes of weather? For what reason had boys agonized and been sundered only yesterday?…There was no victory, no glory in this! Why had they come?” 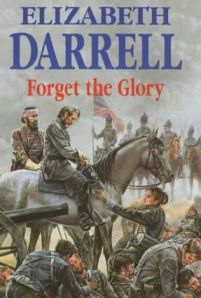 Yes, war is hell. Another unputdownable book from Emma Drummond, and she will keep you on pins and needles until the very very last page. I really liked using Mary’s character to show the disparity between *classes* of the common foot soldier and their wives and the officers – well done.  Drummond also writes under the name Elizabeth Darrell and the same book can be found under both author names. Not sure why, but I love the exotic Eastern settings she uses and I will be hunting down more of her books in the very near future. 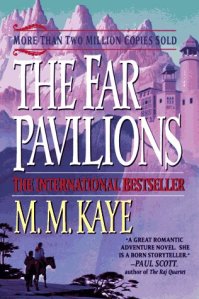 I can’t believe I waited 25+ years to read this again!  Oh well, the first copy I had I loaned out and never got back. I would give this 10 stars if I could, I had forgotten how good this book was. Thank you Amazon, for recommending books and Listmania — so many wonderful books I would never have found or rediscovered without you! A truly wonderful story of star-crossed lovers, treachery, intrigue, heroism, honor and bigotry. The author has a great feel and understanding of India under the British Raj. The story of Ash and Juli (Anjuli) was incredible. I could literally feel Ash’s pain while he had to sit through watching Juli be married to the evil Maharajah.

The first 2/3 of the book deal with Ash and Julie’s early lives together, culminating in the rescue of Juli from being Suttee with her sister. Those pages have to be some of the most heart stopping, page turning, sit on the edge of your seat excitement that I have ever come across in a book (and I have read a few).

The last portion of the book gets away from Ash and Juli (although they are together) and slows down to tell the story of the British incursions into Afghanistan (sp?)and the resultant disaster of setting up a British mission in Kabul. Ash is still prominent as a “spy” for the guides, in the disguise of a native of the country, but while still a good read, the story takes on a different character from the first portions of the book.

I resolve never to loan this book out again so that I won’t lose it, and to keep it on my “to be read again and again” shelf throughout the years. Highly recommended.

As a side note, if you are searching for a book for a younger teen to read, this is a good choice. The few scenes between Ash and Juli that were sexual in nature were left mostly to one’s imagination. This author is capable of building her scenes without graphic play by play bodice ripping.  It’s a door stopper, but well worth the effort.